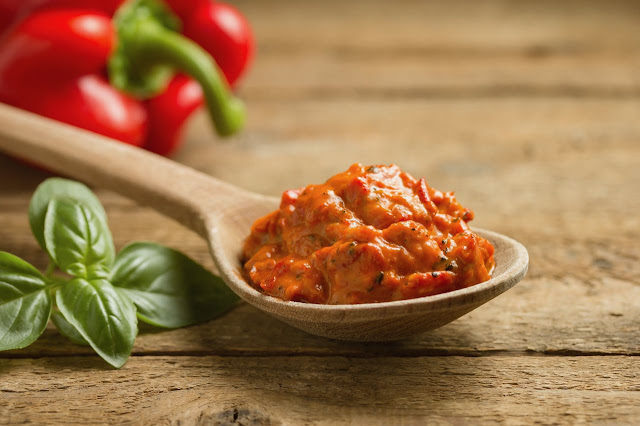 Today I bring something different, something new, a gift. One of the simplest and best recipes I have ever gotten in my experience in the Balkans. I'm talking about the GREAT "Ajvar". 😋😋😋

This pepper sauce has managed to make a space in every home of the peninsula and Balkan countries and is a perfect accompaniment for all kinds of meats, vegetables, perfect appetizer with bread ...
I hope you enjoy this recipe by making your own "Ajvar", a simple sauce, but 100% Balkan product.

You can also make it spicy just by putting some hot peppers or some chili, to your liking. In this recipe, I do not include this option because I don´t like spicy, but I encourage you to try.

Elaboration
First, we roast the peppers in the oven, better with the grill connected. The skin of the peppers has to be a bit burned, to get a smoky flavor, whic…
Post a Comment
Read more 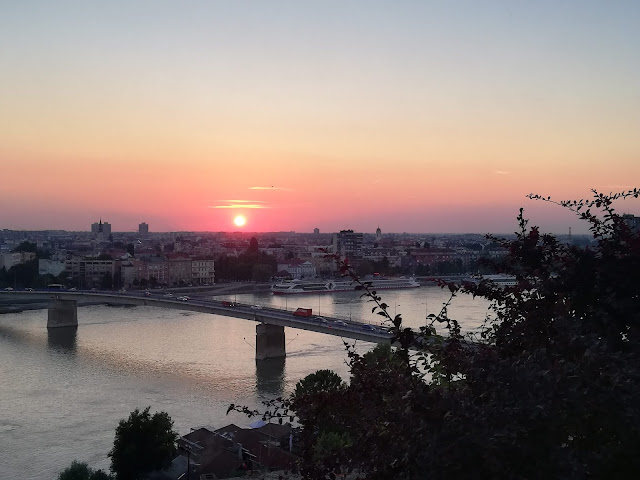 Novi Sad, capital of Vojvodina. Perhaps the most beautiful city in Serbia. Surely one of the biggest surprises I've been traveling in the Balkans. A must-see site in this Slavic country.
This city is located in the north of the country, is a historical region called "Vojvodina". This region is very special and different from the rest of the country, as it has more than 20 significant communities from different ethnic groups and also has 6 official languages ​​(Serbian, Hungarian, Romanian, Croatian, Slovak, and Ruthenian). Obviously, this has influenced and influenced their culture and heritage.
It is a perfect excursion from Belgrade and one day can be enough to get to know the most important city. There are direct trains and buses every half hour from Belgrade station.

So, early in the morning, we took the direct train to Novi Sad and got there in just two hours, traveling very comfortable.
It is true that the station is a bit far from the center, but once we get t…
Post a Comment
Read more 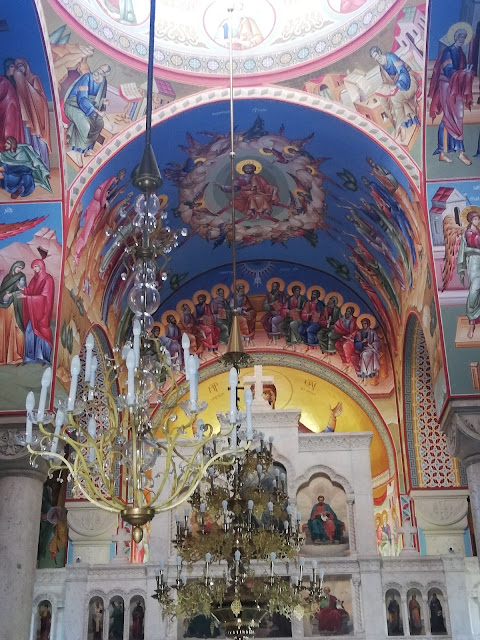 BELGRADE
My trip to Serbia came earlier than I thought and for a very special reason. You never know when things can happen and the best is to adapt you to each situation.
The trip was long and during the night. I was traveling with Rute, my project partner, the smiling Portuguese girl. First, we went to Rijeka from Labin to pick the bus Rijeka - Belgrade during the night, but there are no complaints, the association paid.
The reason for the trip to Serbia was to go to Novi Sad to participate in an event on "50 Ideas for Europe" in which we had to present two of our ideas that were left in the final, to improve society and to solve the problems of European youth. All covered for four days. 😎
Although our final destination was Novi Sad, in the north of the country, we arrived in Belgrade, the capital of Serbia, and had the opportunity to visit the Slavic capital all day long.


I'll be honest ... Belgrade is not loved at first sight, at least not for me. We arrive at the bus …
Post a Comment
Read more
More posts